Tractor driver and builder, two trades that seem to have nothing in common, but the possibility of combining them as part of the daily chores offers pleasant satisfaction to Yosbely Martínez Sánchez, a resident of the municipality of Majagua.

That is why every morning, this 32 year old father of a family does not take long to take his old agricultural equipment with its corresponding drag to go to the Basic Business Unit of the Construction Sector where he has the function of moving personnel and materials to the work in progress or to be started.

He contributes with his companions at the time of raising and lowering the load and also when making mixtures, raising walls, demolishing rubble, painting or any other work that the moment demands and that is rewarded by the spontaneity of his arms and by the advance of the constructive spirit.

When he was a student, he wanted to be a speech therapist, but the pleasant memories of his childhood with his father, a tractor driver, made this descendant of mambi and cheerful parranderos return to the countryside to follow in his father’s footsteps until one fine day he discovered that the tractor of the construction brigade was broken and without a driver.

The proposal made to the group leader did not take long to germinate and from that moment Yosbely became the guide and most faithful bodyguard of the team, who never goes to sleep without being sure that the next day there will be no difficulties at the time of the start. And entrust it to a mechanic? No way!

Among Yosbely Martínez Sánchez’s dreams are: to be able to have a new tractor, to finish the construction of his house, which is more than 50 percent completed, where the love that was born between the classrooms and the corridors of the Tato Rodríguez Vedo Pre-University Institute, Sanguily 2, flourishes with a 6-year-old offspring.

Having been selected as the most outstanding worker of the Basic Business Unit # 7 of Majagua, he tells us that it is a great satisfaction and at the same time a commitment to his colleagues, the management of the center and the union. He is always ready to fulfill the task assigned to him as a member of the group of those who love and build. 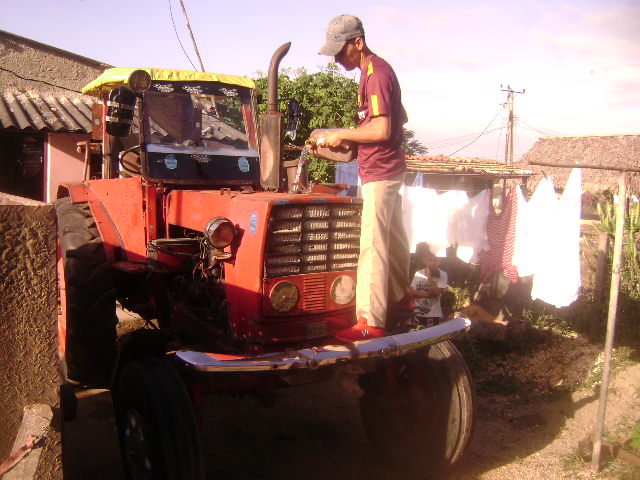