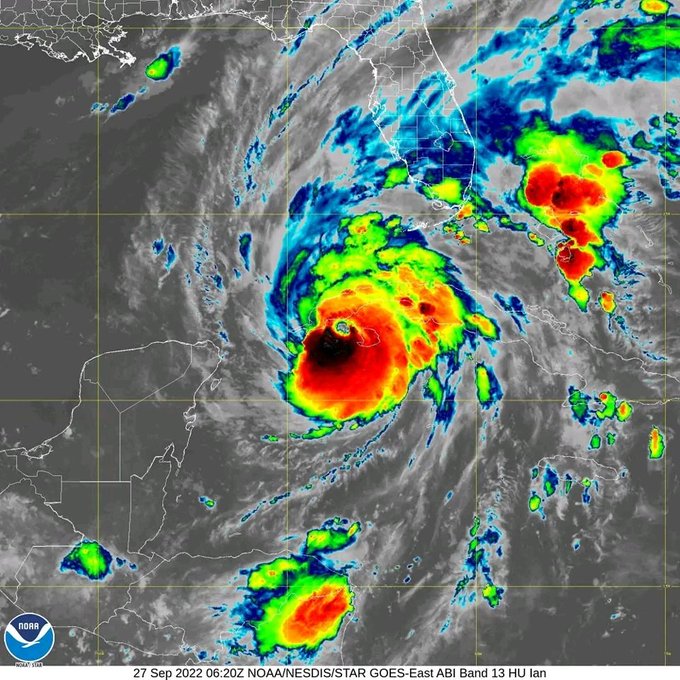 During its trajectory towards the southern coast of Pinar del Río, hurricane Ian increased winds, which in the early hours of Tuesday morning exceeded 100 km/h in some places of the western territory.

In areas of the Vuelta Abajo city, the increase in the intensity of the air is perceptible, while precipitations occur at intervals and increase.

So far, strong winds of 108 km/h have been registered in the main municipality, and in San Juan y Martínez and Isabel Rubio, gusts of 102 km/h, according to specialists of the Provincial Meteorological Center.

Rainfall is still not significant, however, in the next few hours an increase in accumulated rainfall is forecast.

The meteorological phenomenon made landfall at 3:25 in the morning by La Coloma, located in the head municipality of Pinar del Río and in the southern portion of the province.

Maximum sustained winds increased to about 185 km/h with stronger gusts, making it a category 3 hurricane on the Saffir-Simpson scale.