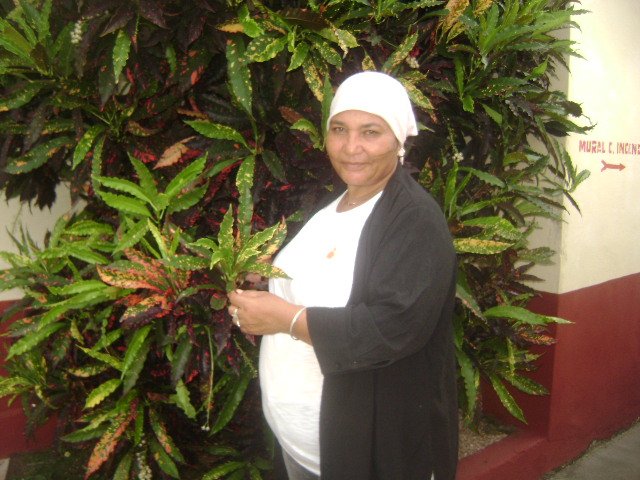 This brown-skinned woman with an understandable look has the healthy pride of contributing to the work of the Federation of Cuban Women before joining that organization, demonstrating since she was a child a vocation for activism.

At the Basic Secondary School in the Countryside, to which collective she belonged, Belkis García Camp did not miss the opportunity to comment with her classmates how interesting she found the work of the women’s delegation in her area of residence, located in the community of Las Marías, in the Orlando González Popular Council.

That is why she was so happy to be part of the small group of teenagers who received the card that accredited her as a member of the federation, on the occasion of the quarter of a century in which Vilma Espín, together with the maximum leader of the Cuban Revolution, created such a beautiful organization.

Having a light overweight body does not hinder the resolute Majagua woman to move with tremendous lightness from one place to another with the aim of guiding, offering help and being at the side of those who at certain times require her practical advice.

Educator by profession and human as the best family heritage are among the values that accompany the affectionately called «Belkita» who contributes to the development of the female organization through sensitive tasks such as promoting cutting and sewing courses to make clothes for vulnerable families as a result of the learning process.

She treasures a rich experience as an internationalist collaborator in the Bolivarian Republic of Venezuela and became the first woman in the land of the mambí peasant Doña Emilia González Echemendía, to be elected as vice president of the Municipal Assembly of the People’s Power.

Belkis García Camp’s great satisfactions, as a blood donor, leader of integrated community work and head of evacuations, is joined by the fact that she is proposed to receive in the next few hours the 23rd of August distinction, granted by the Federation of Cuban Women.