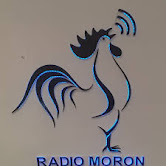 Long and interesting has become the history of Radio Morón, which this November 19 is 73 years old, and which has left an indelible mark in a city which inhabitants consider it as their other symbol.

From those first ten years remain the testimonies of daring workers who faced the unforeseen to open the horizon of radio broadcasting in the territory, only with the will and little knowledge of a medium that barely accumulated an experience of 27 years in the country. 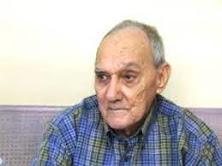 However, the then CMJX made its way thanks to the creativity and perspicacity of those boys who had as a premise the desire for Morón to have its own radio station.

Other no less difficult years were to come, when a more complex and integral programming was consolidated, with the demands of an audience that did not leave the dial, while the radio family was committed to great challenges with the scarce resources available.

True masters were in charge of guaranteeing the transmissions, some extending the life of obsolete equipment, others converting the early mornings into working hours to ensure spaces with better results and not a few contributing with creativity to make their spaces more pleasant.

Thus, Radio Morón faced complex moments, such as the 1970 harvest, originating transmissions from sugar mills, machete men camps, reception centers and offering systematic reports on the progress of the milling in the region, live from the Control Room of the harvest of the territory.

How many efforts, how much will in function of an efficient radio, and thus, day after day, our local radio was placed in the preference of the people.

Thus many young people were forged in the radio work, who managed to join a united family, full of enthusiasm. Many names could be mentioned, many voices that with their own style made the crystals vibrate that gave airtightness to the locution booths.

So many programs that became favorite. Thus was woven the history of our Radio Morón, a radio signal that in no less complex times continues to identify itself with its people.

73 years have passed, and that small signal has now been strengthened with the important premise of converting «the everyday into a sound image».