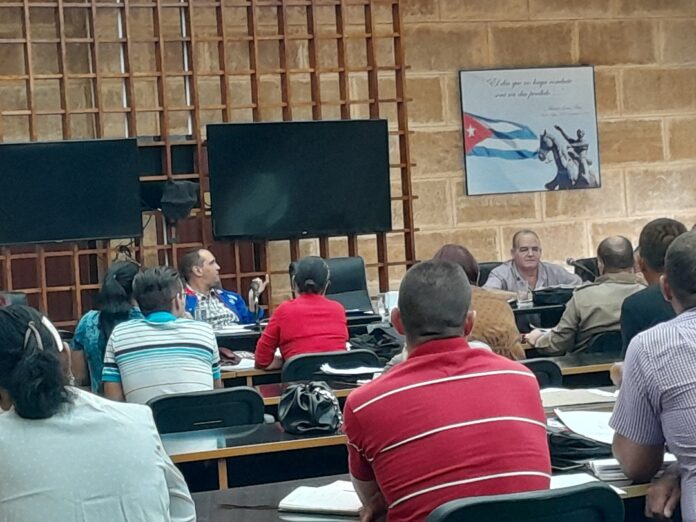 The issue of political responsibility in the economy of the socialist enterprise system monopolized the debate of the Plenary Session of the Provincial Committee of the Communist Party of Cuba in Ciego de Ávila, at the end of the second four-month period of this year.

Liván Izquierdo Alonso, Secretary of the Provincial Committee of the Party in Ciego de Ávila, urged the militancy to prioritize in each nucleus the political treatment of economic, accounting and financial issues.

Regarding retail trade circulation, Ciego de Ávila must avoid capital flight to other provinces, while improving management and compliance with Resolution 99.