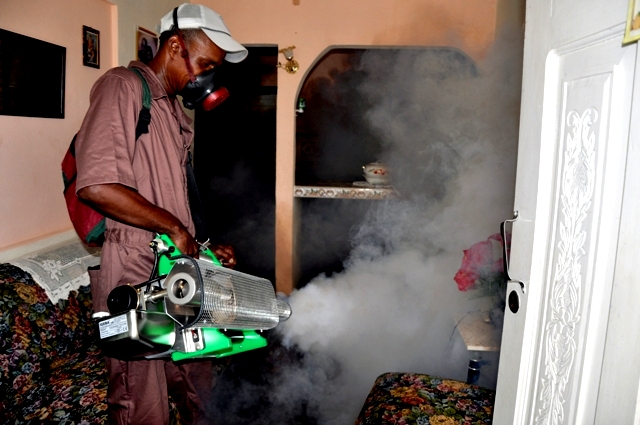 Special recognition will be given to the workers involved in the Antivectorial Campaign in the central province of Ciego de Ávila, during the activities planned for December 3rd, Latin American Medicine Day.

Doctor Dailín Sordo Peláez, the maximum union representative of the health union in the territory, said that this includes the autofocal brigades at the community level, who in recent times have been systematically involved in multiple environmental sanitation actions.

In coincidence with the national day of Occupational Safety and Health during the current month, the occasion is also propitious for the celebration of the voluntary blood donors, and of the organizations and companies which have not registered any occupational accidents during the last five years.

According to the official, the activities to honor women and men in the health sector in Ciego de Ávila will be touched with a political and ideological character, in addition to scientific events, congratulations to outstanding researchers, whose program will be extended until January 15, Cuban Science Day.