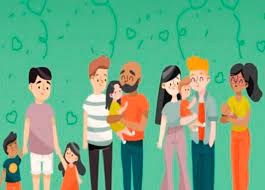 The National Association of Small Farmers, ANAP, is developing a process with the participation of cooperative members in the Avilanian territory of Morón, with the purpose of deepening their knowledge of the articles of the Family Code Project.

Among the actions taking place, the discussion with the farmers on the importance of their participation in the referendum of September 25, a popular consultation for the approval of the new Code, according to Froilán Sierra Viamonte, president of ANAP in the locality.

Sierra Viamonte pointed out that the Ministry of Agriculture is also being supported in the process of renewal and/or ratification of the mandates of the boards of directors of the ten cooperatives of the territory, which will begin in Morón on October 4 in the CPA Enrique Varona, of Saladriga.

Likewise, a movement was undertaken to beautify the CPAs, as well as to improve the hygienic and sanitary environment of the communities and support the campaign against dengue with the eradication of mosquito breeding sites. (Written by Héctor Izquierdo Acuña)