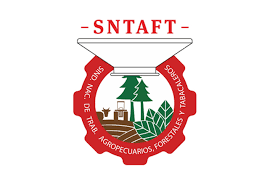 With the development today of the Municipal Conference of the Agricultural, Forestry and Tobacco Union in Chambas, an assembly process aimed at improving the sector’s labor results concludes at this level in Ciego de Ávila.

Ana Elvia Herrera Chaviano, General Secretary of the union in the province, said that since last July, the more than 13 thousand affiliates of the organization in the territory have taken different approaches to establish formulas related to the feeding of the people.

In this sense, she praised the performance of the nine MSMEs inserted in the productive actions, who play a leading role in the support to the mother and child programs and the fight against cancer.

When asked about the most recurrent issues raised in the meetings, the official mentioned the need to improve the functioning of ANIR, the quality of the means of protection, clothing and footwear, as well as the need to review the high prices of inputs.

The General Secretary of the Agricultural, Forestry and Tobacco Union in Ciego de Ávila, Ana Elvia Herrera Chaviano, argued that after the end of the Municipal Conferences in the organization this Friday, the province has as a priority the efficient development of the cold planting campaign, a decisive pillar in the feeding of the citizens.