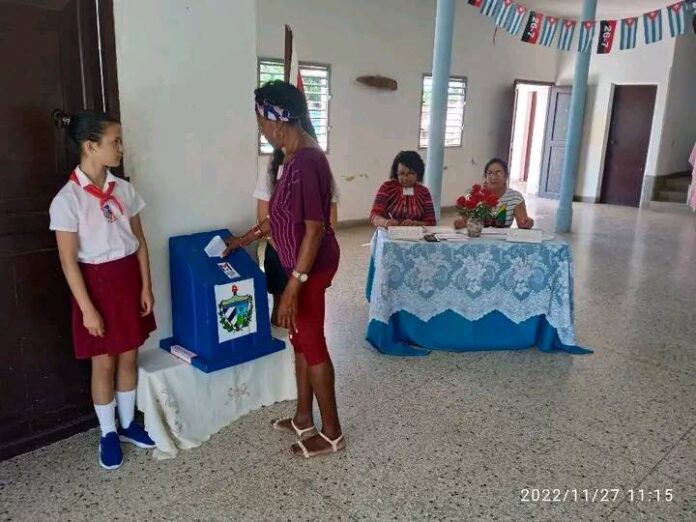 The voting process to elect the delegates to the Municipal Assembly of People’s Power for its eighteenth mandate is proceeding satisfactorily in the municipality of Majagua.

Fernando Rivero Ortega, president of the Municipal Electoral Council informed that at 7:00 a.m. the 57 polling stations of the 39 existing circumscriptions opened without difficulty and at 9:00 a.m. 5149 voters had exercised their right to vote for the 27% expected.

In addition, the same source argued that the total number of women and men entitled to vote amounts to 18,869, of which 939 will be voting for the first time because they have reached the age of 16, and that the number of nominated candidates amounts to 78, with the presence of 42 women.

The good affluence of voters in the schools, the satisfaction of the pioneers to express in chorus «voted» once the ballot was introduced in the ballot boxes and the agile development of the electoral authorities in the preparation and sending of the required information characterize this special Sunday in the avilanian southwest.