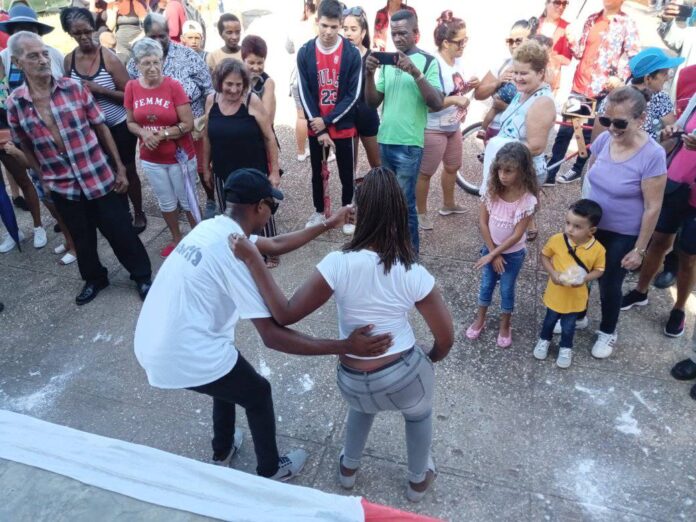 As part of the cultural guerrilla that is being developed in the avilanian communities, the group Rumbavila is touring the territories of Bolivia and Primero de Enero, in salute to the referendum of the Family Code.

The tour ended in the Pedro Ballester popular council in the northeast of Ciego de Ávila.

The exponents of the avilanian culture showed the Afro-Caribbean traditions and their roots in a locality that maintains a group that carries Haitian customs in the Los Mangos neighborhood.

Rumbavila performed a varied musical repertoire with a mixture of rumba and other genres that evidenced the fusion of rhythms that were to the liking of the audience present in the square of the house of culture Perucho Figueredo de Pedro Ballester in the municipality #1roDeEneroDeVictorias.