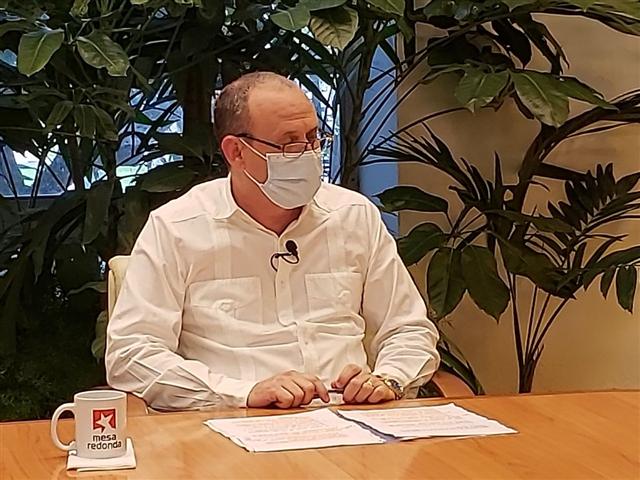 The power generation situation in Cuba continues to be very tense today due to fires, breakdowns and instability in the units in operation, said the Minister of Energy and Mines, Liván Arronte.

While analyzing with executives and specialists of the Electric Union the current situation of the National Electro-Energetic System, the minister insisted that the incidents in the thermoelectric plants prevented the guarantee of the electric service for the summer, as the minimum reserve necessary to cover the demand was lost, which causes the annoying blackouts.

In his televised intervention this Wednesday, he assured that there was no negligence or intentionality, so the current situation is the result of the lack of maintenance and the impossibility so far to solve all the technological problems that exist.

To this must be added the limitations for the purchase of fuels, given the significant increase in prices in the international market and the difficulties imposed by the U.S. economic blockade to acquire them; as well as the problems that this policy generates for the access to equipment and parts.

The current generation deficit causes power cuts in the service to the population, but also the stopping of several high consumer industries, which will have repercussions in the economic recovery of the country, Arronte affirmed.

«There are concrete examples, made public of how the measures and sanctions imposed by the US Government directly affect the execution of works in the electric system and the energy sector in general», said the Minister of Energy and Mines.

He specified that 56 of the more than 200 measures applied by Donald Trump’s administration, still in force, directly affect the sector.

Arronte assured that despite the tense situation, there are solutions, but they are not immediate, but gradual, for which the strategy for the recovery of generation capacities was updated, backed by financing allocated for the execution of this program that allows reaching sustainability.

«The purpose is to advance in the recovery of these capacities, but also to execute investments that allow a gradual recovery of the electric system», he said.

With this intention, before the end of the year, it is planned to restore 489 megawatts (MW) of power, which are not available due to technological limitations in thermal power plants (291 MW) and in distributed generation (198 MW).

Measures are also adopted to incorporate, by the end of December, 531 MW through the execution of new investments.

In this respect, he recalled how costly it is to maintain the electricity system, due to the large amounts of money required for its operation and maintenance, and the high price of fuels and annual investments, in an industry that operates 24 hours a day, every day.

At the same time, work is being done to improve incentives to promote the use of renewable sources and efficient equipment.