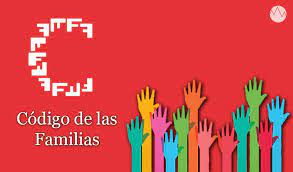 In connection with the popular referendum for the new Family Code, the Federation of Cuban Women is promoting nationwide debates in work and study centers, in communities and in productive bases for the conscious vote for such an important exercise of citizen responsibility.

During the recently concluded week, Ciego de Ávila counted with the presence of the University of Havana professors Yamila González Ferrer, vice-president of the National Union of Cuban Jurists, and Leonardo Pérez Gallardo, president of the Cuban Society of Civil and Family Affairs.

During the exchange with the main leaders and representatives of agriculture in this province, the legislators specified many arguments on why the Family Code strengthens us as a society.

The «José Martí» Credit and Service Cooperative, in the town of Ceballos, was the scenario chosen to comment on the benefits of the new Law for the inhabitants of rural areas.

The administration of agricultural assets among the new economic actors, including the legal protection of people with disabilities, heirs of family businesses, aroused special interest among the peasantry of Ciego de Ávila.

Due to their performance as legislators and drafters of the Family Code, both jurists deserved the recognition of the main political and government authorities of Ciego de Avila.