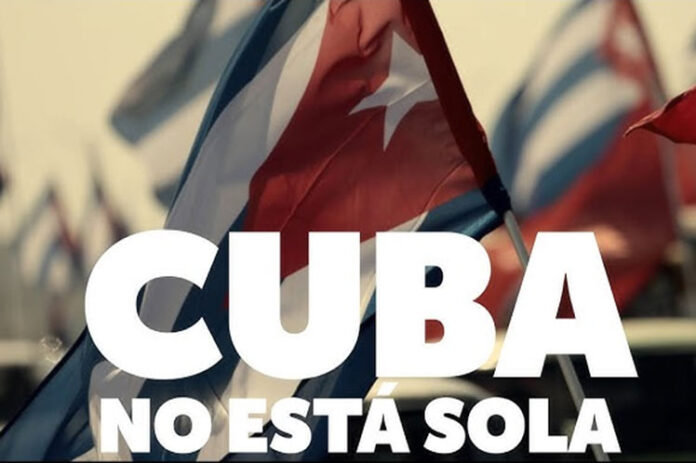 The call for the end of the U.S. blockade against Cuba was heard yesterday in several cities around the world, thanks to the caravans and activities promoted by the Bridges of Love movement.

The leader of that organization, Carlos Lazo, informed through his social networks that in several U.S. cities such as Boston, Milwaukee, Minneapolis, Seattle and Bloomington they planned to condemn Washington’s punitive policy.

He said that in Miami the appointment was at 10:30 local time at 999 Ponce de Leon Boulevard, Coral Gables.

Likewise, he added that in several places in Canada, including Quebec and Vancouver, as well as in Milan, Italy, they were going to demand the elimination of the economic, financial and commercial siege imposed for more than 60 years against the island.

In Panama City, Mexico and also in the Dominican Republic, other voices raised in favor of eliminating the coercive measures that weigh on the Cuban people, said Lazo.

The great reality for the Cuban family is that there is a gap between the words and deeds of the current U.S. administration, as there are no fundamental changes towards the Caribbean nation: the difficulties created by the blockade or by the 243 measures imposed by Donald Trump (2017-2021) and maintained by Joe Biden have not been fixed, he recalled.

The activist reiterated that the aim of the rallies is to advocate for the implementation of effective measures in pursuit of the reopening of the U.S. embassy in Cuba, the restoration of remittances, family reunification and for the increase of flights to other regions of the island, in addition to Havana.

Bridges of Love calls for activities on the last Sunday of each month to reject the U.S. blockade against Cuba, which in recent years has experienced an unprecedented intensification.