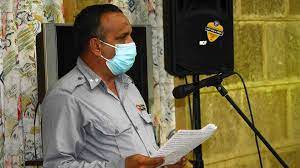 The group for confronting corruption, crime, illegalities and social indiscipline in Ciego de Ávila, updates its plan of measures, both general and specific by agencies, to the Coordinator of the Government of People’s Power in charge of Defense.

The municipality of Chambas rendered an account of its management with the main incidences detected, as did Agriculture and the provincial delegation of Territorial and Urban Planning (INOTU).

Likewise, the Ministry of the Interior in Ciego de Ávila detailed about of the main political actions aimed at preventing and confronting corruption, crime, illegalities and social indiscipline.

During the check-up by the Government of the main indicators of the territory, the main approaches related to the process of accountability of the delegate to his electors were also evaluated, as well as the process of nomination of delegates to the Municipal Assemblies of the People’s Power.