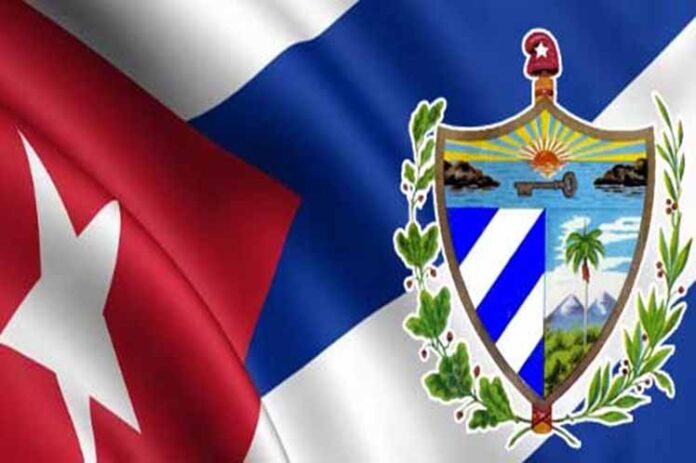 After almost 18 years of relationship, Alberto and José were able to make their union official by getting married in Manzanillo, in eastern Cuba, a few days after the Family Code came into force.

It is the happiness of achieving a dream cherished for years, said José on October 4, after certifying before a notary and in the presence of family and friends in their home, the love that unites them, according to social networks.

In the west of the island and a few days later, young Daina Carriera shared with the Matanzas radio station Radio 26 the birth of her son, Dian Carriera Sanchez, a baby who was born under the new legislation and, therefore, could be registered with the mother’s surname first.

His father did not care that his surname would transcend, the mother explained, and through the application of Article 51, paragraph 3 of the legal norm, it was possible to preserve this uncommon appellation on the island.

The new Family Code, after a broad process of debates and collective construction, was approved by the National Assembly of People’s Power (parliament) on July 22 of this year and endorsed in a referendum on September 25 with 66.85 percent of the valid votes cast.

The President of the Republic, Miguel Díaz-Canel, and the head of the Legislative, Esteban Lazo, signed and endorsed the regulation on September 26, and it finally came into force the following day, with its publication in the Official Gazette.

The application of the law is already a fact, as revealed by the stories shared and others that are daily commented on social networks, however, it is a process that involves great preparation and commitment, as the head of the General Directorate of Notaries and Public Registries of the Ministry of Justice, Olga Lidia Perez, described it.

Evidence of this is published by the National Center for Sex Education (Censex), which reported on its website how some people turn to the institution with doubts about how to proceed to legalize a marriage or de facto affective union for lesbian, gay, transgender… (LGBTBIQ+) persons.

«On the issue of conscientious objection there is an article in the Constitution of the Republic that is clear and precise (Article 54),» responded to a question from Prensa Latina the head of the General Directorate of Notaries and Public Registries of the Ministry of Justice, Olga Lidia Pérez.

This was one of the issues that we addressed since the first version of the Code with our notaries and registrars, since here the condition of public official prevails, she said.

The specialist was emphatic that no one can allege a conscientious objection to refuse to provide a service, and said that so far in her office they only had knowledge of one case in which access to the marriage registry was prevented, without being able to specify which notary or registrar was involved.

In view of this alert, he indicated, we returned to address the matter with the provincial directors of Justice and the heads of department of Notaries and Public Registries of the country, because certainly the official who raises an issue of this nature cannot continue to be a notary or registrar.

«We do not discriminate, we have notary registrars who practice their religion and that is not a reason nor has it prevented them from accessing this exercise, but they cannot raise it as a reason of conscientious objection for not formalizing a marriage. Here we all have rights and the recognition is clear and precise in the norm», he emphasized.

Meanwhile, the Vice Minister of Justice Pilar Varona commented that in the event of any situation, people can go to the notary or main registrar at the same place of the event, to report what happened. They can also do it in the municipal directorates of Justice, to make the solution more expeditious.

«There are all the mechanisms, the channels, from the base, to process the inconformities», he affirmed.

PREPARING TO MAKE THE LAW EFFECTIVE

The multiplicity of novel aspects contemplated by the Family Code warned from an early date that one of the greatest challenges would be the preparation of the operators of the law for its implementation.

The Minister of Justice, Oscar Silvera, at the signing and endorsement ceremony, remarked that a new phase was beginning for which the institutions had been preparing for several months and which even required the approval of two resolutions with precise indications in some elements of the law.

The Code itself also established mandates for the necessary legal norms, in the case of the Ministry of Public Health for the regulations of assisted human reproduction, essential to give course to the figure of the solidarity womb; and to the Ministry of Labor and Social Security, to present the modifications that correspond to the whole maternity regime.

«It is a norm that manages to increase the scope of maternity guarantees to these new subjects», argued the holder, and added that the Ministry of Justice was also obliged to the creation and operation of the Family Ombudsman’s Office.

These and other changes undoubtedly require training to the judicial guild and all its institutions: notary offices, civil registries, marriage palaces, as well as other related ones, among which are the offices of procedures of the Ministry of the Interior and the collective law firms.

On that way, the head of the General Directorate of Notaries and Public Registries pointed out that the process of training professionals and all the staff of the sector to assume the implementation of the regulation began since the first versions of the text.

Now that the legal body is effective, this process is intensifying and will continue as long as necessary, he said. He insisted that everyone must be prepared, not only notaries and registrars, but also receptionists and assistants, since the application of the Code requires sensitivity, a model of exemplary performance, with professional rigor and excellence in the treatment of people.

He gave as an example that in general the legal body introduces 19 legal institutions where the notary is involved, to which is added the creation of a new section of the Civil Registry for affective unions and the transformations that are generated with the possibility of disposing on the order of the surnames of the children.

Another issue that required a ministerial resolution was the notarial divorce by mutual agreement, where the obligatory nature of the opinion of the Public Prosecutor’s Office is introduced when there are minor or disabled children.

To deal with this, methodological indications were issued regarding the actions to be taken from the organizational and functional point of view, explained Perez.

He commented that in addition to the training activities, it was decided to hold a weekly videoconference to evaluate the implementation of the law and clarify any doubts that may arise in the process.

She added that little by little they have increased the number of notarial units in the country, up to 276 at present, with the purpose of bringing the services closer to the population and facilitating the procedures from all the incorporated functions, which include the legalization of the new economic actors.

The specialist pointed out that they also prepare reserve notaries and opened notary teaching units in conjunction with universities, while the capital is being monitored on the application of the Code.

The Vice Minister of Justice Yashna Diaz informed in a press conference that the agency enabled the e-mail address sobreelcodigo@minjus.gob.cu for the citizens to make consultations and expose their concerns regarding the implementation of the new Family Code.

Similar addresses were created in all the provinces, so that the process of attention will be more expeditious, since a specialist will be on duty to attend as quickly as possible to those who communicate through this channel.

However, the head of the General Directorate of Notaries Public and Public Registries pointed out that so far the main doubts they are aware of are related to the revocation of donations of patrimony, mainly houses, something that was not contemplated in the previous law.

People also ask about the declaration of heirs, since those that are in course are still being processed according to the past legislation, and about the matrimonial pacts, another new figure in the regulation for which they had to prepare the specialists, said Pérez.